One day, two young men went looking for their future wife. They went towards the village and found a young girl. They were well received by her family who killed a chicken and offered it to them in a good meal.

While eating, one of them, thinking himself more clever, while the other was distracted, put his chicken bones in the other’s plate. 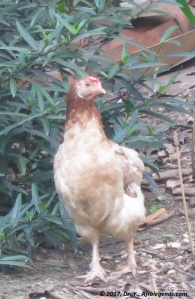 For desert, they were given peanuts (jinguba), the young man who thought himself more clever, did it again. After eating his peanuts, he would throw the peelings under the legs of his friend when he was distracted. Once the meal finished, the father of the young girl said:

My daughter will marry the one who ate and left the chicken bones and peanuts peelings. I do not want for in-law the one who has swallowed everything.

Thus, the young girl was given to the one who had been trapped by his friend.

Morale of the tale: Caution, do not try to trap your neighbor, for it could turn against you!

This is an Olunyaneka tale from Lubango in the Huíla province of Angola. The original in Portuguese can be found on CONTAFRICA. The English translation is by Dr. Y., Afrolegends.com.

One thought on “The Quest for a Fiancée”