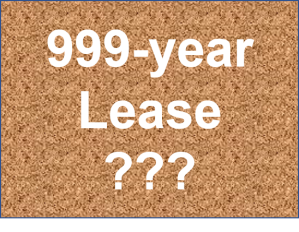 Did you know about the 999-year land lease granted to Europeans in Kenya? Did you even know that there was such a thing as a 999-year lease (a.k.a. 1000-year lease)? It’s like “Hello? who will remember such a thing by the time a millenium has gone by? who will be there to fight for the land?” I knew about the 99-year lease of Macau and Hong Kong (by the British) which were returned to China (thanks to the hard work of the Chinese to recover what was rightfully theirs)… but the treachery of this 999-year lease is particularly outrageous! Well, the 999-year lease was granted in the Rift valley region of Kenya by the British colonial administration to their fellow brothers, ‘early’ British settlers in Kenya. This paved the way for the violent seizure of thousands of acres of land from the local communities whose anger and discontent led to the armed struggle (The British Government apologizes for Mau Mau atrocities) which later led to the independence of Kenya from Great Britain. There are probably other countries like that across the continent with such outrageous leases; I am sure that there are such things in Francophone Africa, but with the well-known perfidy of the French government (FCFA), such contracts are probably hidden from the masses (If you uncover any, please share with us).

Luckily, the Kenyan government has recently, in 2010, re-written its constitution to cut down these leases from 999 years to 99 years, retroactive from those dates in 2010. That retroactive date is a pity in my opinion… for it will mean that some lands would have been leased for almost 200 years by the time the date runs up! However, it is a step forward, reducing 1000-year lease down to 200-year! (Question for readers: couldn’t these have been annulled all-together?)

To learn more, I have compiled excerpts from different articles. As you read these, you will remember that Robert Mugabe did indeed say that most of the lands where the Safaris happen in Zimbabwe (probably the same in South Africa, and as you will read below in Kenya as well), do not belong to Africans. Enjoy! 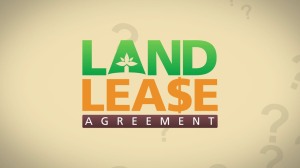 One of the most contentious clauses in the new land policy is a proposal to scrap 999-year leases. The draft proposes to cap leasehold terms at 99 years.

This proposal has drawn protests from landowners, mostly of them of European origin, who hold titles to large farms under leases of 999 years granted in 1915 after sustained pressure from white settlers on the British colonial administration.

The seizure of thousands of acres of land from local communities created discontent among the African population. This anger would later boil over into the armed struggle for independence.

Early settlers, who were initially granted 99-year leases beginning 1902, applied pressure on the British government to extend the leasehold terms to 999 years.

The move succeeded, and the Britain allowed the passage of the Crown Lands Ordinance of 1915, which extended the leases. If the draft policy is adopted, all the existing 999-year leases will be shortened to 99-year holdings.

In Kenya, those with registered private land hold either freehold or leasehold interests. A freehold interest is for an unlimited period and is the kind held by Kenyans in most rural areas. They are easily managed and inherited.

A leasehold interest is held for a defined period after which the land reverts to the person who granted the lease. Most leasehold interests are found in urban areas. But many leases were granted by the colonial government to promote Kenya’s agriculture and for religious purposes in various counties. Many of these have since been passed on to local people and companies.

Leases in Kenya have been routinely issued for 33, 66, 99, 999 and 9,999 years. All leases of terms greater than 99 years held by non-citizens were, however, automatically converted to 99 years on the promulgation of the 2010 Constitution.

Draft land regulations from the Ministry of Lands state that the effective starting date for the new 99 year leases is 27 August 2010. Therefore freehold titles formerly held by foreigners and now converted to leasehold titles will not expire until 2109.

Most of the ranches in Northern Kenya are owned by Kenyan citizens, including those of European extraction, and they are therefore unaffected by the 2010 Land Registration Act. If they hold Freehold title deeds or 999 year leases, those were both preserved by the Constitution. Therefore no freehold title or lease will expire on most of the ranches in Laikipia or northern Kenya in the foreseeable future..

The conservancies in Laikipia formerly held 999 year leases but these are now being reduced to 99 year leases, if they are not Kenyan owned, and they will expire in 2109.

There is another small batch of 99-year leases issues by the colonial government in the 1950s called Temporary Occupation Licences (TOLS), a government system that applied in remote parts of Kenya. These 99 year leases will only expire after 2050. If Kenyans own those leases, they will be automatically renewed by government.

THE NEW LAND ACTS
Pursuant to the Constitution of Kenya, three Acts of Parliament have been enacted and came into
force on 2nd May, 2012:
 Land Act, 2012
 Land Registration Act, 2012
 National Land Commission Act, 2012
THE REPEALED ACTS
The following Acts have been repealed:
 The Indian Transfer of Property Act, 1882
 The Government Lands Act
 The Registration of Titles Act
 The Land Titles Act
 The Registered Land Act
 The Wayleaves Act; and
 The Land Acquisition Act

9 thoughts on “Did You Know about the 999-year Lease granted to Europeans in Kenya ?”

© Dr. Y. and www.afrolegends.com, [2009-2023]. Unauthorized use and/or duplication of this material without express and written permission from this blog’s author/ owner is strictly prohibited. Excerpts and links may be used, provided that full and clear credit is given to Dr. Y. and www.afrolegends.com with appropriate and specific direction to the original content.